Our books can be purchased by cards єPidtrimka!
Home / Catalog / JAC

Repair and service JAC cars in the eBook 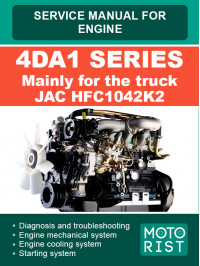 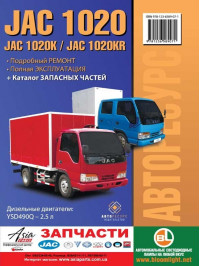 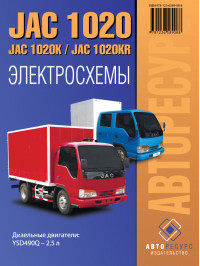 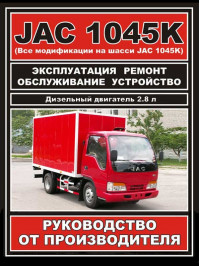 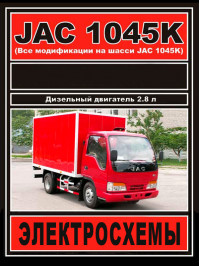 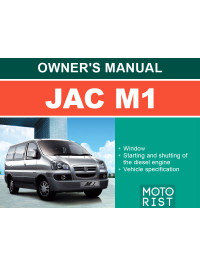 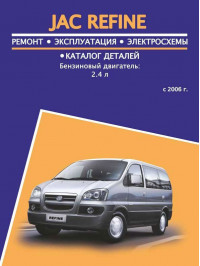 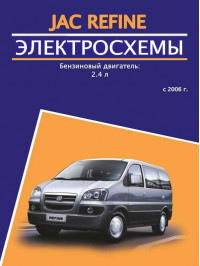 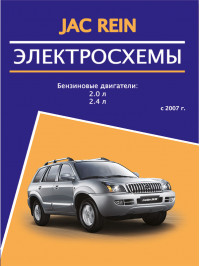 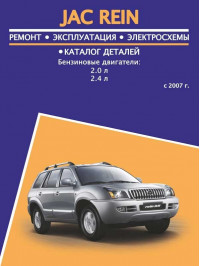 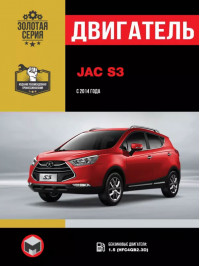 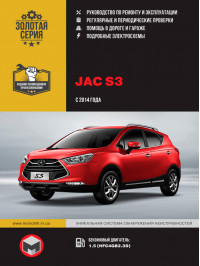 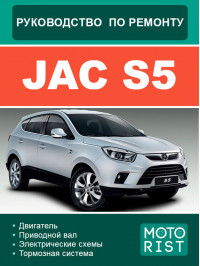 JAC Motors is a state-owned Chinese manufacturer of passenger cars, light commercial vehicles and trucks, as well as buses and forklifts.

The company is headquartered in Hefei City, Anhui Province, China. The company is represented in more than 100 countries in Europe, Asia, Africa, North America and South America.

Founded in 1964 in China under the name Anhui Jianghuai Automobile Co Ltd., it was originally dedicated to the production of trucks. It currently manufactures vehicles that serve various segments of the automotive market.

Since 1990, JAC products have been sold in over 100 countries. Light trucks are one of the company's most popular products due to their low cost compared to competitors (such as the Isuzu Elf series or Mitsubishi FUSO).

Some of its products are exported as assemblies, which are assembled in factories built by the company outside of China in countries with close trade ties.

The brand is considered an important chassis manufacturer for buses, trucks and light commercial vehicles in China and is the only one to use VVT ​​(Variable Valve Control) technology in its engines developed in China. Other brands like Toyota have been using these technologies in their engines for a long time.

JAC teamed up with Hyundai Motor Company in the early 2000s to expand its lineup. In 2003, a license agreement was signed for the production of Hyundai H-1 and Hyundai Santa Fe models, which will be assembled in China under its own brand, and in 2007 they were launched after receiving permission from the Chinese government to manufacture passenger cars. Hyundai Santa Fe renamed JAC Rein and Hyundai H-1 JAC Refine.

In 2005, a JAC styling center in Turin was opened and an agreement was signed with Pininfarina to develop a new line of C-segment sedans and minivans to be produced independently in 2010.

JAC currently has three R&D centers, one in Hefei, the provincial capital of Anhui, and is complemented by two outside the continent, one headquartered in Turin, Italy and the other in Tokyo, Japan.

In 2008, the JAC J3 was launched, co-designed with Pininfarina in sedan and 5-door hatchback versions, followed by the JAC J6 five- and seven-seater minivan, as well as the JAC J7 large sedan, which became known for its resemblance to the Mercedes C-class car. W203.

In the following years, JAC increased its presence, especially in the Southeast Asian and South American markets, through numerous agreements with local importers.

JAC now has a wider range of models ranging from commercial service models to ultra-compact vehicles. Some of the models can be seen as going beyond the standards due to their cutting edge design.

This literature will help you make repairs yourself and understand the basic principles of troubleshooting a car. In each book you can find answers to your questions, as well as instructions for the operation and maintenance of the car, which will be useful to any owner of a JAC car.

And for the repair of the car's electrical equipment, you can purchase separate wiring diagrams for JAC cars on our website.